Unless I have miscounted, I have now put over 455 species of moths on this blog. All this from our one Hectare block of land.
When I started this project, I would never have believed the richness of our small plot, and since the only lights we use are our ordinary house lights and a very small UV party lamp, I can be fairly sure the moths are here or on the edges of the neighboring properties.

Since I  am getting towards the end of the moths that I have already identified and start into the many photos that need more research, I am also finding that it is more difficult to get information on the biology of the moths.
The frequency of postings may slow down a bit as I work at identification but I would not expect more than about another twenty or so species in the photos I have to date. 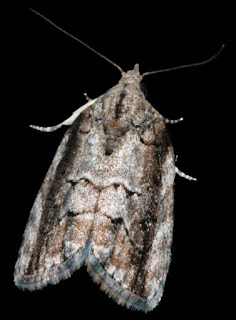 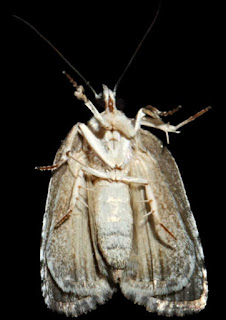 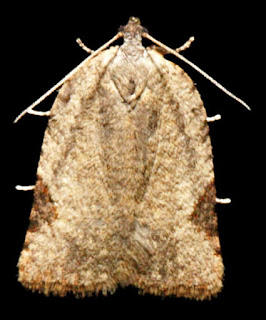 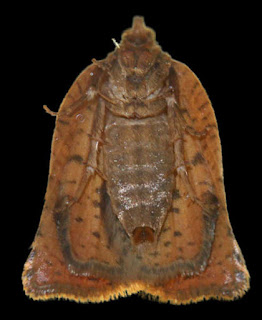 The colouring  of this sample is not unusual here. I believe they are still the same moth.

These are an unusual looking moth with those large eyes and the odd stance.
I don't have anything on the biology of them, although they are found pretty well all over Australia. 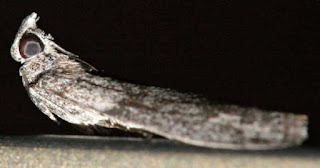 This moth is sitting on the leaf of a Nardoo plant in the pond.
The wingspan is only about 12mm.

I could not find any information on the biology of this moth. 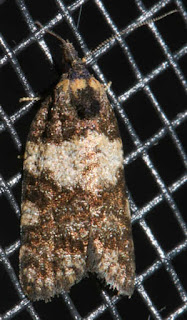 I have not been able to find much on these moths.
I have found records of them being found around Rockhampton, Lamington National park and as far south as Woolongong. 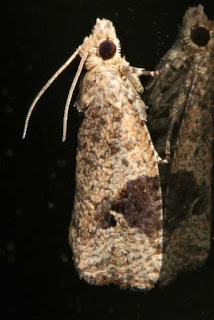 These moths are known from cape Yorke and down into Northern New South Wales. They live and feed in a tube between joined leaves of the vine Jasminum volubile, (OLEACEAE).
Although we did have Jasminum volubile, we removed the main plant because it was slowly destroying the tree it was growing on. The tree was much too small for size of the vine.
It is likely there are other samples of it in the garden, and there are at least two other species of Jasmine in the garden. 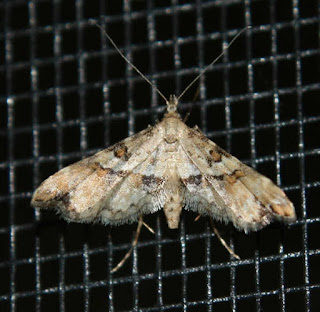 The early larval stages of Oxychirota paradoxa , which has almost linear wings, are not known.
These two moths are the only representatives of Tineodidae I have identified here and we rarely see them.
Like Palaeodes samealis the main food source is Jasminum volubile, (OLEACEAE).
These two came to the light from the window. 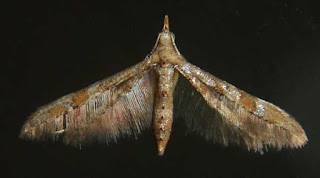