One interesting description of the family COSMOPTERIGIDAE, is that it is a group that gets all the gelechoid moths that are doubtful as to the correct family to put them in.
They are therefore a mixed bag of moths and not very well studied. 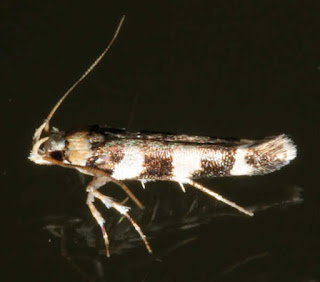 
I have put a number of Garrha species on this blog. Many of them are difficult to tell from one another, as with this one, so no definite species name. 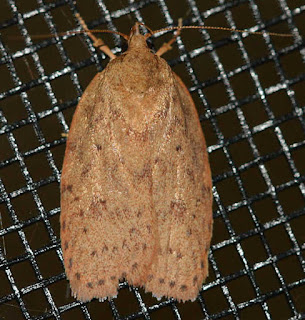 Wing span about 12mm.
I was not able to find the larval food plant but some members of the LECITHOCERIDAE family feed on leaf litter on the forest floor.
Like OECOPHORIDAE moths, the labial palpae are upturned and sharp.
The Antenae are usually longer than the wings.


There are a lot of the moths in OECOPHORINAE that look similar to this moth, and in many cases identification can only be certain with dissection.
Genus for this one could be  Cosmaresta or Eulechria, both have similarities but I am not at all confident of either being correct.
There are 14516 specimen samples of Australian moths for OECOPHORINAE on the Bold systems site. That is a lot of moths to look through and despite the distinctive pattern it is possible I missed it. 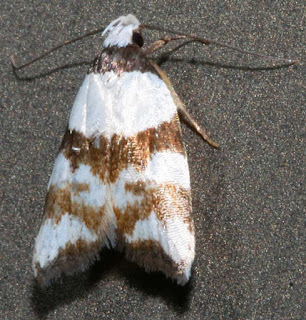 Although we do not have either of these plants, we do have other plants in the PROTEACEAE and ARALIACEAE families. I don't know if the caterpillars can survive on the alternative plants, but we do have  Silky Oak, (Grevillea robusta), as well as Banksia and a number of other plants in the PROTEACEAE family, also  Celerywood (Polyscias elegans) and Small-leaved Pennywort (Hydrocotyle peduncularis) both in ARALIACEAE.
Other Cryptoptila moths have been reared on leaves of a plant in the ICACINACEAE family.

The wing span is around 30mm. 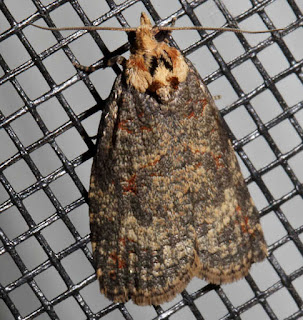 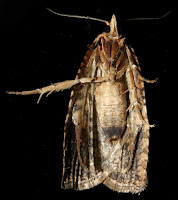 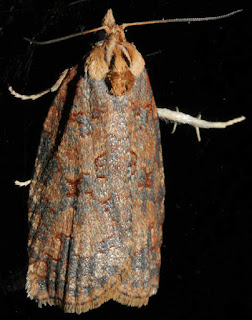 
The larvae have been reared on the dead leaves of Eucalyptus (MYRTACEAE), including E. tereticornis and E. rubida (MYRTACEAE ), some of them taking up to a year from egg, to reach maturity and emerge as adults.

Wing span for males around 25-30mm and slightly smaller for the females. 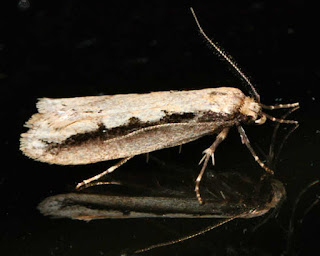 After a couple of re-counts and some re-naming, I find I have now put photos of 400 species on this Blog.
As stated in the "about" page, these photos are of moths solely from our 1 Hectare block just north of Toowoomba in Queensland Australia. A large number of the moths are breeding here on the many local native species that we have in the garden, and are regularly seen, some are short term visitors, some are temporary "blow-ins" and are only seen occasionally.

Most of the photos are taken of live moths on a large window in our lounge room, and are attracted to the normal house lights, not the powerful actinic lights or Mercury lights often used. I sometimes use a very small UV "party" light to help keep the moths on the window while being photographed.
Some tiny moths are captured in an "aquarium", which is 2 lens filters screwed together. Amazingly, some are still able to fly in this restricted space. Once photographed they are released.

The current severe drought, (since 2014) has affected the number of moths, while still getting a good variety. I expect numbers to recover quickly once we get rain.

This is not the end of the Blog. There are still quite a lot of species to go, although just how many remains to be seen, because I have hundreds of photos yet to be identified. Some will be repeats others will be new.

The genus Eulechria can be quite difficult to get a positive identification for. Many of the species look very similar visually and can only be identified with any certainty using dissection and/or DNA.
Having compared the photos of this moth with others in books and reliable sites I think this ID is probably correct.

The larval food of the Eulechria genus is frequently the dead leaves of Eucalyptus species. 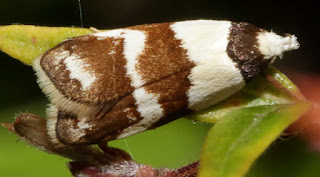 Wing span about 15mm.
One source quotes the larval food source as dead leaves of Eucalyptus trees while another site suggests that the dead leaves of Angophora species are the food source. I think the first comment on food source was made before some trees that had been in Eucalyptus were changed to Angophora. The sources were not dated.
They are both in the family Myrtaceae.
Angophora is closely related to Corymbia and Eucalyptus but has opposite leaves. 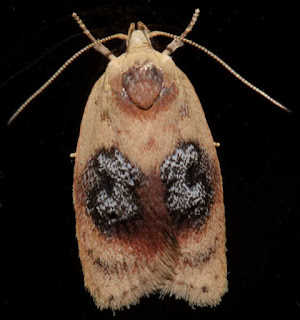 The larval food source of this moth is pretty much the same as Garrha ocellifera in the post above.
They are very wide spread throughout Australia and very common. 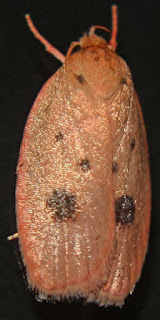