Common through most of Australia, sometimes in New Zealand and Norfolk Island.
It is a pest on numerous plants including Tobacco and Tomato and many ornamental plants.
They have a wing span around 30mm. 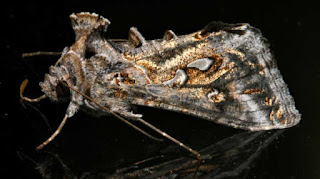 One of the Larval food plants is reported to be Privet (Ligustrum vulgare, OLEACEAE), a major destructive, invasive weed in this area.
Wingspan is about 35mm to 40mm.
Common throughout Eastern Australia, also through India, South east Asia and New Guinea. 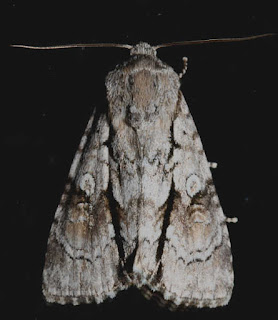 
Privet is a large shrub to small tree that is still being grown as hedges in our area. The fruits are eaten by birds and the seeds are spread by the birds. Once the plants take over an area, they suffocate out the native plants that support our wildlife. This is environmental destruction through neglect and ignorance.

A burst of quite hot weather has brought out a lot of moths. The weather is still very dry but in the space of a week I have seen a number of new moths here. Two of the new moths are below.

Although this moth is supposed to be fairly common world wide, I have never noticed it here before.
The larval food plant was previously thought to be possibly a Brassica species, but I came across an article on the internet in which the moth larvae are helping to control the Azolla water fern (Azolla filiculoides Lam., Azollaceae) in rice plantations in Iran. This is a relatively new discovery confirming the larval food plant.
The article can be found at https://nl.pensoft.net/article/6887/

There is a further article on the water fern in Australia :-
http://toowoombaplants2008.blogspot.com.au/search?q=Azolla 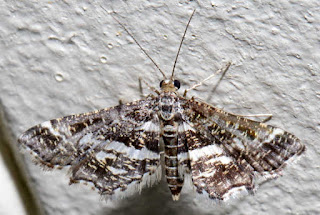 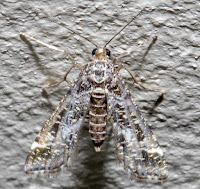 With a wingspan of around 30mm this is a large moth for this family. The larval food plant is the green leaves of  the Eucalyptus trees. They can be found over a range from Yeppoon, in Queensland to Victoria and also in south Western Australia.
The rear wings of the moth are a brilliant silver white.
In the photo of the underside you can see that one of the labial palps is missing. I took another photo a couple of  days later of another moth of the same species with both palps in tact, so there are at least a couple of the moths around at the moment. 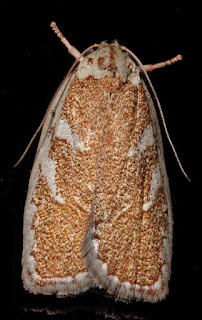 Was:- Avatha discolor CATOCALINAE NOCTUIDAE
This moth has many synonyms, because they can be quite variable. It was given 10 different names by Walker  in 1857 and 1858, then a further 6 different names by Strand 1917 and 1920, only to find that it had been identified by Fabricius in 1794 and then, with a different name again in 1794.
Of the host plant species I could find, Sapindus, (Sapindaceae family) and Callicarpa (Lamiaceae) are the only plants families we have here. 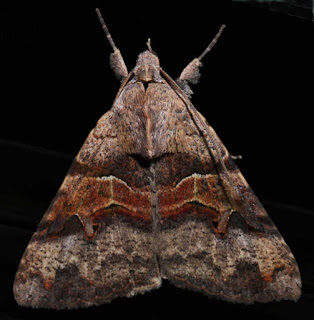 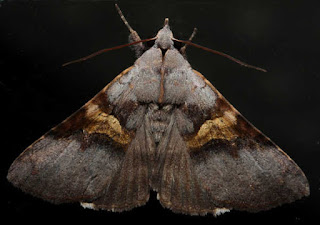 Was:- Brithys crini HADENINAE NOCTUIDAE
The larval food plant here is most likely to be Crinum angustifolium. They bore up the stems of the plant.

They are an attractive caterpillar and the larval food plant is a native to this area.

Was:- Araeopteron canescens ACONTIINAE NOCTUIDAE
One site suggests the sub family is Erebinae rather than Boletobiinae.
This moth has a wing span of about 10mm. 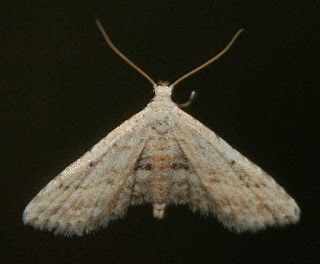 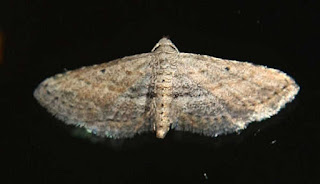 Not the best set of photos. I must try again. 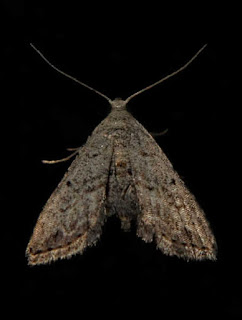 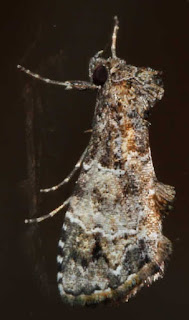