It is likely that the larval food plant is a Brachychiton (STERCULIACEAE).
We have a number of trees in this family.
They have been known to feed on the Little Kurrajong ( Brachychiton bidwillii, STERCULIACEAE ). 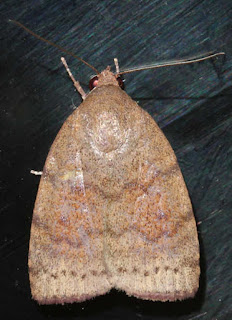 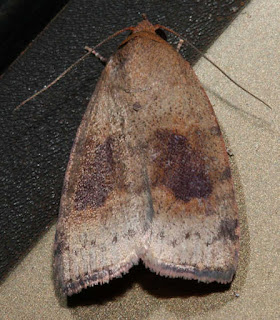 We quite often see them with these large dark patches on the fore wing. the patches vary in size and darkness.

These moths are common through much of the Asia Pacific area and India. The host plant varies depending on the local plants available.
The larval food plant here is most likely our native Hibiscus (Malvaceae). 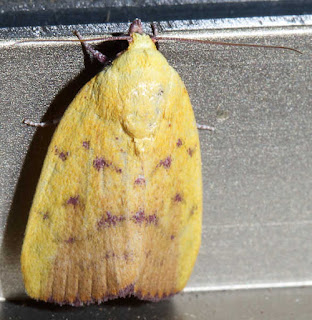 Two other blog entries for Earias species were on  Wednesday, 27 January 2016.

A faster internet  connection has made available sites that were not previously producing results.

I thought I had finished with the Noctuid moths for the time being, but it seems that a number of what used to be Nolidae moths are now in other families. In this case the Armactica seem to have been moved twice since I took the original photos of these moths. The various sites on the internet and my books are all over the place with the placement of these moths. As usual, I will stick to the placement as used on BOLD systems web site.

With the light at the right angle, this is a quite spectacular moth as you can see in the photo with the wings spread. 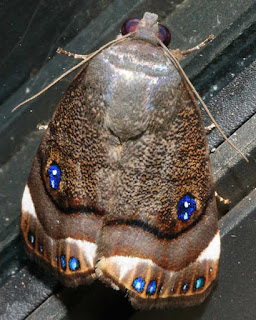 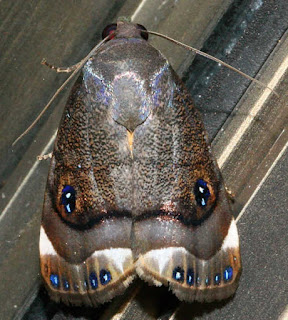 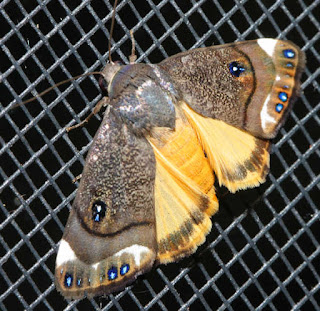 Although the larvae are said to have been found on Cordia subcordata, in the  family Boraginaceae, (the borage and forget-me-not family), and includes other shrubs, trees, and herbs, this is not a local native plant here.

Boraginaceae plants in general, are not common here, and the only one we have in that family is heliotrope (Heliotropium spp.). It is an introduced weed that is now very common, having been introduced as yet another garden plant and has escaped into the wild.
Wingspan of this moth is about 40mm. The grid in the fly screen is about 2mm.

This moth is sexually dimorphic. The female has the dark triangle on the fore wing.
There are a couple of instances on the internet that appear to have the male and female identification back to front.
This moth also seems to have quite a number of synonyms, but since I could not find any real information under the various names there is not much point in including them here.
I was not able to find the larval food plants.
This moth is said to be more common in the drier inland than on the coastal areas.
Wing span about 30mm 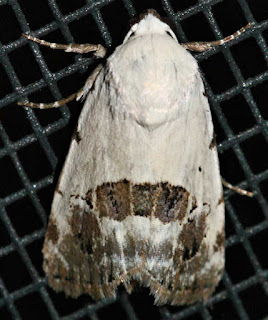 This one is a male. 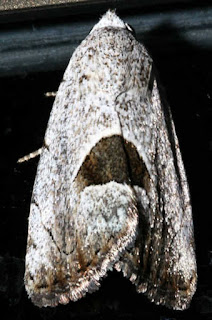 The moths to the left and below are females.
Although the photo with open wings is rather blurred, it still gives a good idea of the rear wing colouring.

We get a bit of variation in the fore wing colouring from darker grey to light grey. 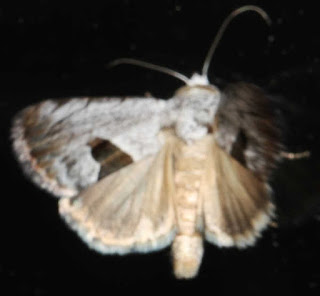 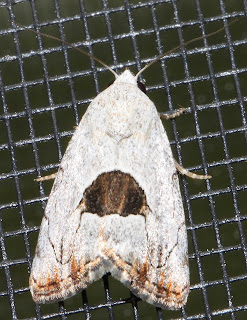 I would like to thank another moth hunter,  Nick ("dustaway" on Flickr), for identifying this moth.
The moths have been recorded in Australia at Kalpowar near Monto in Queensland, at Dandabah in the Bunya Mountains Queensland, and Mackay in Queensland and Derby in Western Australia and, of course, now here in Toowoomba Queensland.

Although I could not find anything definite about the larval food plants, moths from the genus Grammodes in Australia, apparently are frequently found on plants in the family EUPHORBIACEAE.
It is therefore possible that larvae of Grammodes diagarmma may also be found on these plants. We do have some of these plants. 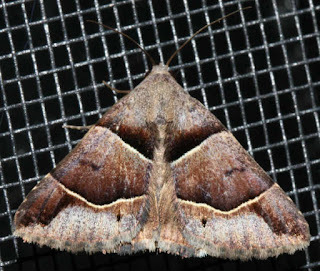 
You will notice the fore wing pattern is very similar to moths in the genus Achaea, particularly A.janata.
See blog entries:-
Achaea janata EREBINAE EREBIDAE Wednesday, 21 Jun 2017
Achaea serva EREBINAE EREBIDAE Wednesday, 21 Jun 2017
Also the genera Dysgonia and Ophiusa and to some extent Parallelia, which is in the Tribe Poaphilini (Erebidae, Erebinae). Dysgonia and Ophiusa belong to the Tribe Ophiusini in the subfamily Erebinae in the Erebidae family.
The larval food plants of all these moths tend to be similar but will vary depending on their location. Many of these moths are spread world wide. 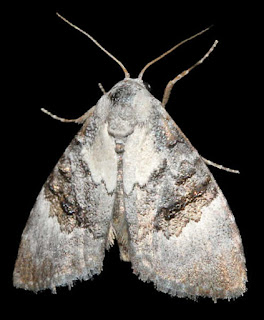 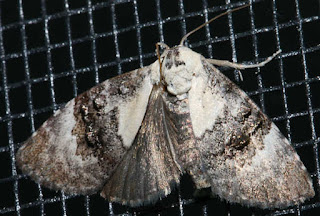 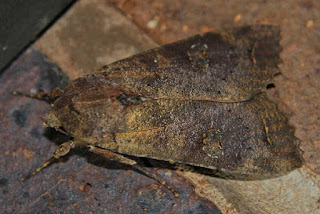 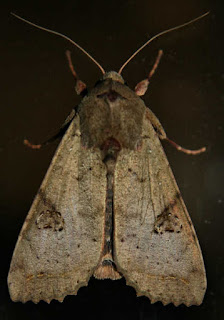 The colour of the adult moth can vary from light to dark.

They are another moth that often lands with its wings upright. 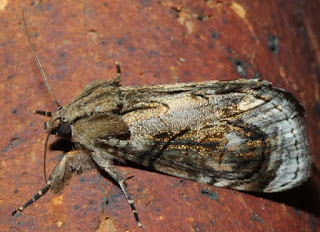 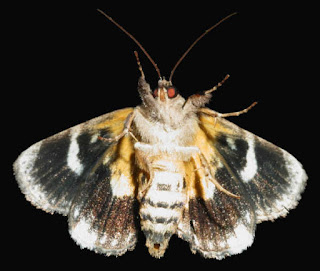 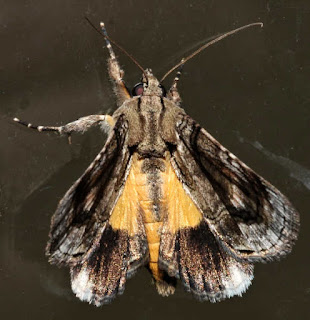 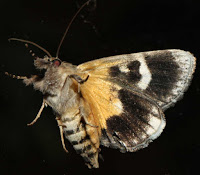