The only mention of larval food I could find is possibly dead wood,  under the bark of dead branches.
Wingspan about 20mm. 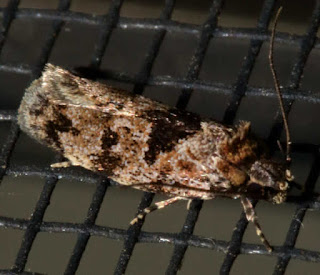 This moth is in pretty poor condition, it has lost many of the scales on its wings. They are normally yellow with brown markings.

Larval food is Eucalyptus (Myrtaceae) leaves, probably dead ones on the ground. The larvae stick a couple of leaves together and live and feed in this protective shelter. 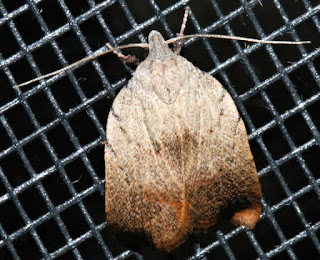 The wing span of these moths is sometimes quoted at about 20mm, but I am fairly sure this moth would have had a wing span of around 30mm.
Larval food plant is likely to be Eucalyptus (Myrtaceae). 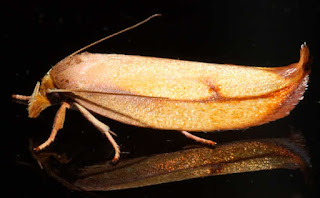 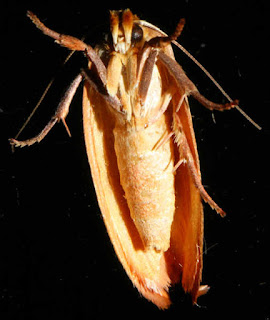 It is most likely to be  Wingia lambertella based on areas where they have been collected, although many samples of Wingia rectiorella are very similar, but collected samples of W. rectiorella moths tend to be more tropical.

Larval food are likely to be Eucalyptus trees, although the Wingia rectiorella are said to feed on Leptospermum lanigerum (Myrtaceae) 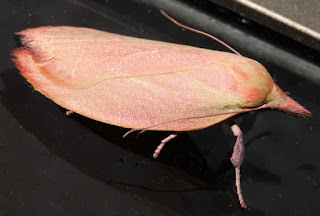 The larval food is generally leaf litter of Eucalyptus trees. 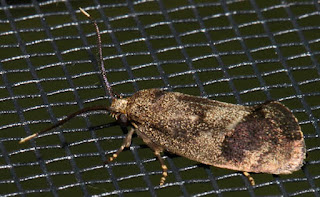 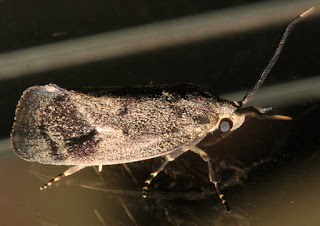 Slightly different markings on this one.

The larval food is generally leaf litter of Eucalyptus trees.
There are a large number of moths in the family OECOPHORIDAE family that have similar colouring and markings, so it is difficult to be sure of the identification. 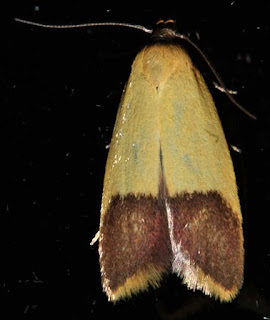 
The larval food for this genus is usually leaf litter on the forest floor, and is often the leaves of the Eucalyptus trees but also sometimes other species.
You can get some idea of the size of this moth from weave of the shade cloth it is sitting on. 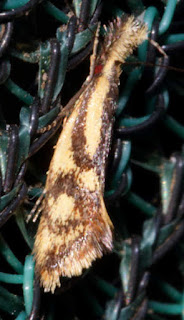 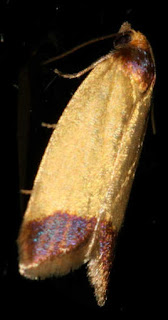 I think both these moths belong to the genus Tortricopsis.
I wasn't able to find a good match for a definite ID.

It is likely that the larval food plant is also Eucalyptus (MYRTACEAE ).
These moths are part of the Wingia group of moths within OECOPHORINAE. 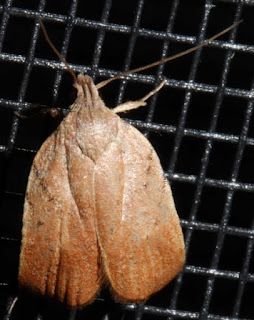 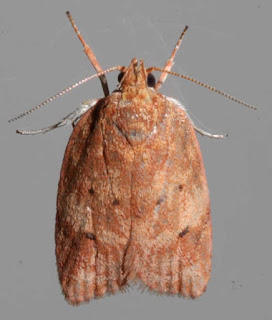