Hypertropha possibly desumptana species HYPHERTROPHIDAE
This is one of those moths that has moved about a bit.
The original genus of Hypertropha was placed in the family Glyphipterigidae (Sedge moths), next it was transferred to Hypertropha in Copromorphidae (fruit worms), next it was placed in Hypertrophidae (twig moths), then reassigned to a sub family of Hypertrophinae in Glyphipterigidae, then moved again to Oecophoridae and finally moved (by I.F.B. Common Moths of Austrtalia P234) to a separate family Hypertrophidae.
Although most of the books and internet sites use Hypertrophidae as a family some are still placing the moths in Oecorphoridae.
Larval food is most likely Eucalyptus leaves. 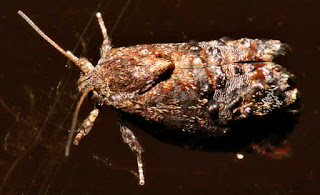 
There is another genus Peritropha, which is sometimes placed in Depressariidae, which is similar, but I think Hypertropha is correct. 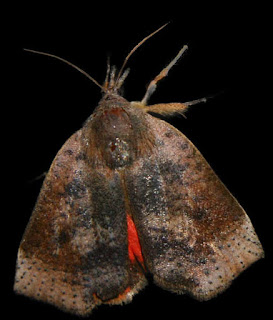 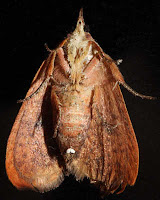 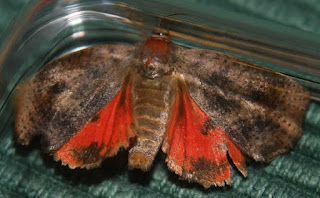 The rear wings are quite spectacular. 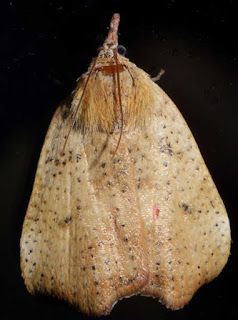 The last photo is a moth that has lost most of its scales and is in poor condition. This is unfortunately the state of many of the moths we are seeing. Poor rainfall coming in storms with little in between has resulted in a year with low moth numbers
and very few of the larger moths coming to light at night.

This family of moths have not been well studied. They are very similar to moths from the sub family of  Hypeninae in Noctuidae, so if trying to identify moths that look similar check both families.
The larvae that have been studied live on the dead and decaying leaves on forest floor.
Note the large labial palpi particularly on the first photos. 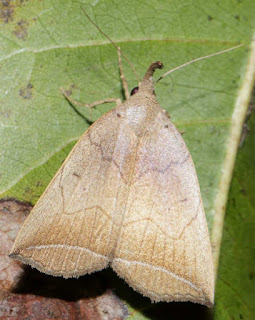 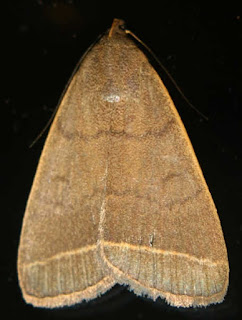 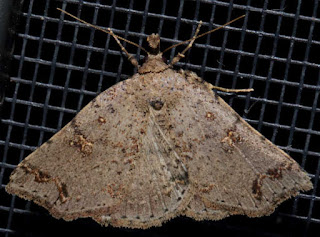 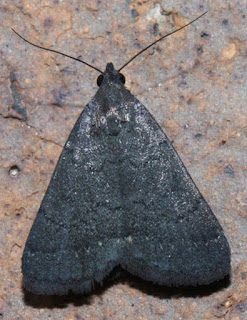 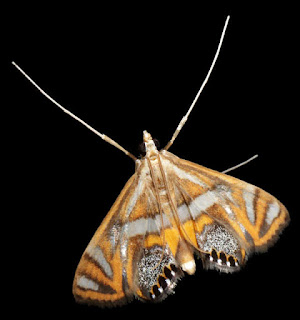 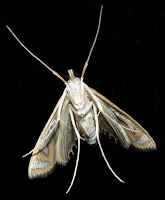 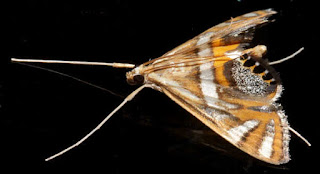 Moths of the sub family ACENTROPINAE, which used to be called NYMPHULINAE, (and still is, by some sites and some books), are aquatic moths. There are believed to be some 50 species of aquatic moths in Australia.

The larvae live in the water obtaining oxygen through diffusion through the skin on the very small larvae, some capture oxygen from the surface and trap it in the hairs on their bodies, and most in Australia have sort of gills along the sides of their bodies.

The arrival of this moth is an interesting case. Our garden pond was leaking badly and needed to be repaired. In the process all the pond weed that we had died, and we replaced the plants with some bought from a pet supply shop and some from a local nursery. A couple of weeks after the pond was back in action we had this moth appear.
I am not sure if the moth is a local or brought in on the pond weed which probably came from the wholesale suppliers near the coast.

A Confusion of names
Margarosticha euprepialis ACENTROPINAE  CRAMBIDAE
Sub family of ACENTROPINAE was previously known as NYMPHULINAE and is still used on some sites and in older books. The name Nymphicula australis is also used for Margarosticha australis calling M. australis a synonym along with Cataclysta australis.

We have previously had another aquatic moth, Parapoynx diminutalis ACENTROPINAE CRAMBIDAE here, most likely breeding in our pond. 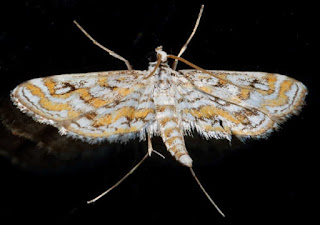 This another aquatic moth we have had here. The hairs on the caterpillars are actually gills.
More information from:-
http://lepidoptera.butterflyhouse.com.au/acen/nitens.html
(you can copy and paste this into your browser) 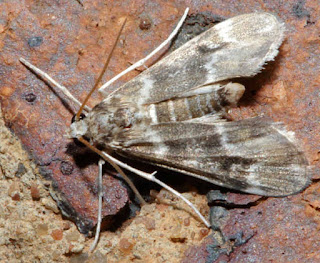 This is the last of the Hepialidae moths for the time being. Despite the difficulties with identification  they are a spectacular moth and a frequent visitor here.
I think all these moths belong to the genus Oxycanus.

EDIT August 2018:-  After receiving  considerable help from Ethan from the SA Museum, I now believe that all these moths are indeed Oxycanus  beltista. 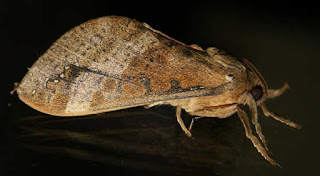 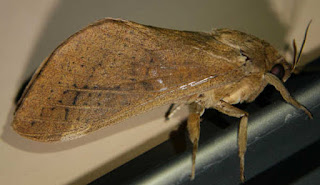 The reason for the unnamed photos is refer to the post February 15th 2017.