Both these photos are of males. The light blue stripe near the end of the fore wing is the indicator.
None of the photos I have taken on our property are of females. They are certain to be here, but I
have never managed to photographed them.
The caterpillars are an agricultural pest both here and overseas, and will eat nearly any leafy
plant, as well as mosses and ferns. 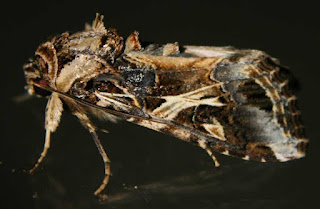 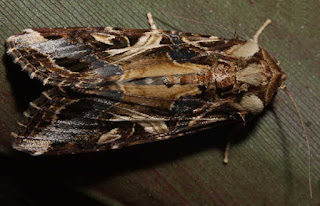 The larval food plant in America is Lucern, also known as Alfalfa (Medicago sativa, FABACEAE), but according to Moths of Australia (I.F.B. Common 1990) the food plant in Australia has not been
recorded and I was unable to find any definite information. 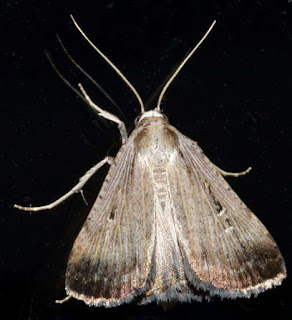 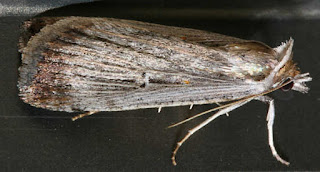 In many areas we visited, large numbers of wild bees, (these are escaped European honey bees), are searching for water. Swarms of them surround you if any water is left out. The European bees are displacing the native bees in the wild.
Then there are the bush flies!! In their thousands.
D.G. 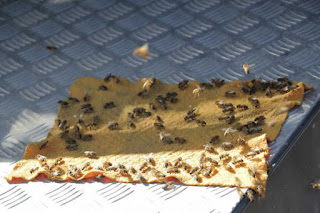 It only takes about 5 minutes to go from the first photo to the second.

The larval food plants for this moth are mainly plants in the MALVACEAE and STERCULIACEAE families. In our case we have one plant, Yellow Trumpet Mallow, (Abutilon tubulosum, Family: MALVACEAE) right outside our lounge room window.

We also have another plant  Native Hibiscus, (Hibiscus eterophyllus Family: MALVACEAE), in a number of places in the yard. Photos of these plants are on the blog toowoombaplants2008.blogspot.com.au and search for MALVACEAE and STERCULIACEAE.
The moth is also sometimes a fruit piercing moth and is therefore an agricultural pest. 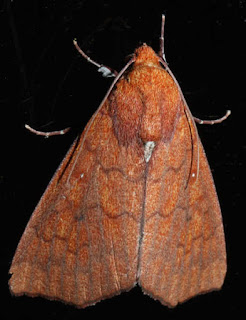 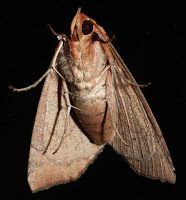 Rhapsa suscitatalis EREBINAE EREBIDAE
I was not able to find anything much about these moths and their biology.
Although the moth is usually seen with its labial palps pointed forward, it is also possible for them to fold the labial palps back to in front of the head. 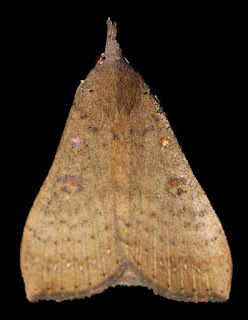 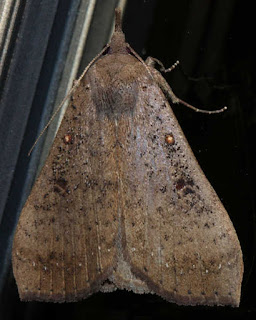