Another moth with several competing names.
This moth is listed in some sites as Selidosema penthearia, in other sites as Hypomecis penthearia, and is also listed as Isturgia penthearia.
A very recent book that I have mentioned on this Blog before,"Caterpillars, Moths and their
Plants of Southern Australia" published in 2019 by the Butterfly Conservation South Australia Inc., lists it under "Penthearia moth, Isturgia penthearia".

It would seem that the genus Selidosema is possibly the latest name, but on Bold Systems, which
has separate pages for Selidosema and Hypomecis, there is a better collection of photos under the
genus Hypomecis.
This sometimes happens in plant names when the are doubts about validity of the new name.

In order to be consistent I will, for the time being, stick to the main listing on Bold systems which has the better collection of photos.
Wing span is about 30mm.
Larval food plants are Wattles (Acacia). 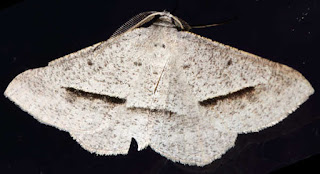 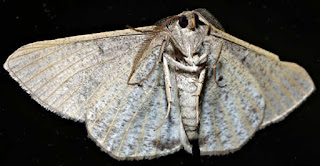 I originally put Oxyodes tricolor on this blog on Wednesday, 14 March 2018, but I now have a few other samples of the different colours they can come in.

The most likely larval food plants here, are in the SAPINDACEAE, SOLANACEAE and STERCULIACEAE families. The the local Brachychitons, (STERCULIACEAE), may also be a food plants. 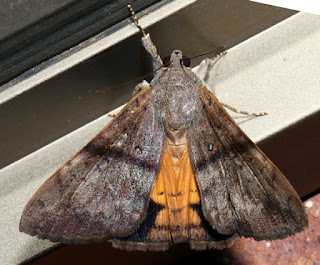 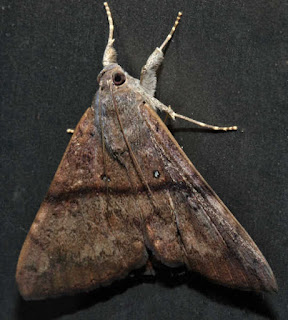 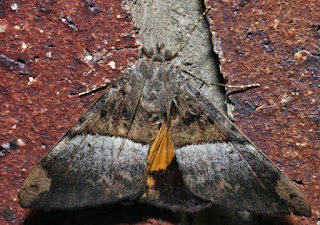 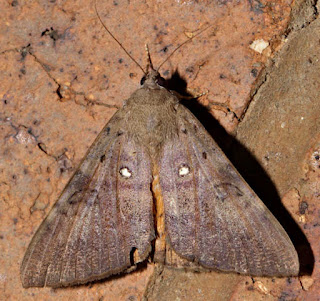 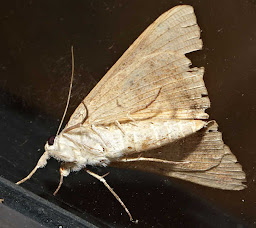 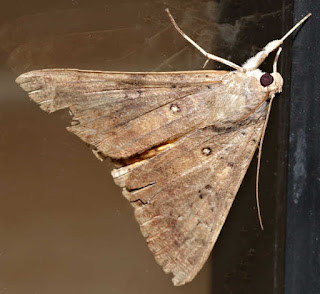 This moth doesn't appear to have a species name yet. The distribution maps on Bold systems and ALA only approximate the coverage of the moth.
Samples have been taken or noted  at the Bunya Mountains and Toowoomba in Qld, Tapin Tops NP south west of  Port Macquarie in NSW, Lismore north eastern NSW, Scenic Rim SEQ,  Sunshine Coast SEQ, and further north up around Townsville.
I don't have anything on the biology.
I think the wingspan was about 20mm. 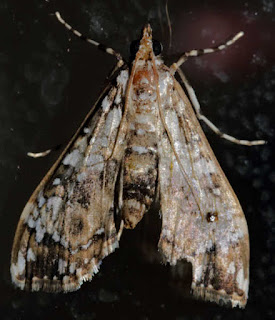 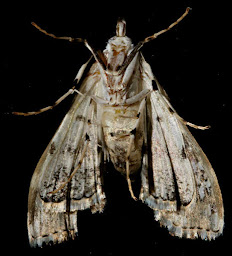 One Synonym:- Selidosema argoplaca Meyrick, 1892, (http://insecta.pro/taxonomy/63641).
It is also listed as Hereroptila argoplaca in Moths of Australia (I.F.B. Common 1990), but  is no longer considered as a synonym.
In captivity the larvae have accepted Eucalyptus odorata (MYRTACEAE), also known as Peppermint box, Moths of Australia (I.F.B. Common 1990).
In a fairly new book, "Caterpillars, Moths and their plants of Southern Australia", by Peter McQuillan, Jan Forrest, David Keane and Roger Grund, the larval food plants are said to be "Eucalypts including Malley box, Eucalyptus porosa," (MYRTACEAE). It would seem they could feed on a variety of Eucalypts as well. We have some Eucalypts but no Mallee varieties here.
Wingspan is around 40mm or a little more. 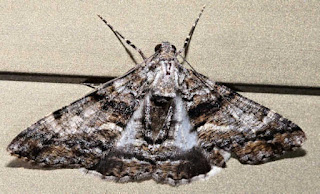 This is not a usual post for this Blog which is primarily about the moths of our property, but I feel it
may have an interesting connection to the reduction in the number of moths we have seen over the years. This cocoon was found in a reserve a little to the West of us in Toowoomba.

The black and white cocoon in the photo belongs to a Hyposoter didymator, which is a solitary wasp that parasitises the larvae of native Noctuid moths in the army worm, cutworm, cluster caterpillars and semi-looper families. Most of these moths are pests on various pasture grasses, crops, and pine seedlings in  Australia and Norfolk Island.
Deliberately introduced into Western Australia from Greece in 1983 and then introduced into Queensland and Victoria from Western Australia in 1991 to try and control the pest species mentioned. 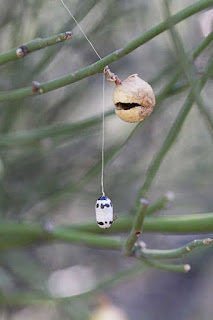 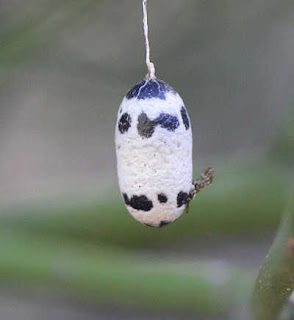 They develop in the host larva for about 2 weeks, the larva eventually dies and the wasp emerges and
spins a silk cocoon where it pupates within 1–2 days. Females live for about 4-5 weeks after emergence, males only 2-3 weeks.

They were often bred in captivity and released in attempts at biological control of the pest species.
There are other parasitising wasp species in Australia.

I previously put this one on the Blog on Wednesday, 21 June 2017.
I have added these photos because the wing markings are unusually strong and somewhat different to the normal run of A.janata seen here.

Some larval food plants are listed on the previous Blog entry as above. The list of larval food plants is extensive and they are considered a serious pest on the ones that are commercial crops.
Although we have a number of the plants here, including a common one right outside the main windows where we find them, we never have any problem with them stripping the plants. 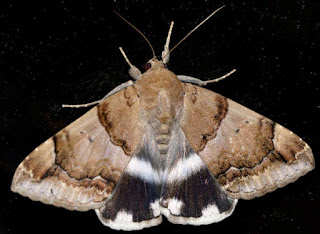 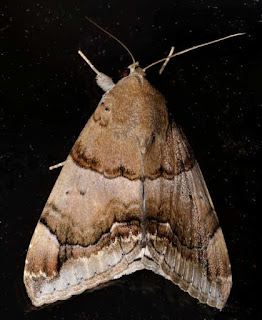 Once again, I put this moth on the Blog on Wednesday, 22 November 2017.
I have added these photos which show the wings better. 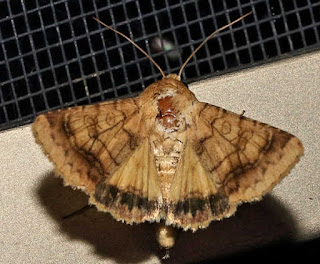 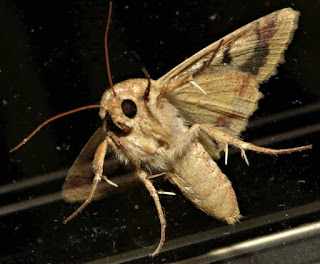 At first sight I dismissed this moth as another variation of the Achaea janata but the markings on the rear wing caught my attention.

I found a reference on Bold Systems that the larval food is possibly  in the FABACAE family. If that is the case, we have many plants in this family including Hardenbergia Sp, Crotalaria Sp, Jacksonia scoparia (Dog Wood tree), Hovea Sp and Castanospermum australe (Black Bean), among others.

Wingspan is about 50 mm. 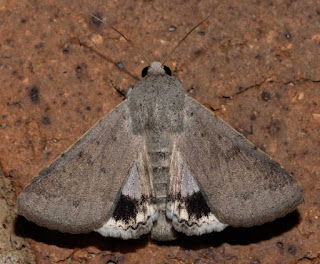