The Orthaga moths are difficult to tell apart. I have this one down as O. thyrisalis, and if it is, the larval food plants are likely to be, according to the Butterfly house site:-
Teatree ( Leptospermum ), in our case a Lemon Scented Teatree
Paperbarks ( Melaleuca species), we have several of these.
I have not been able to cross reference this information, and there is no mention in Moths of Australia (Common 1990) of  the larval food plant, or in any of my other larval food source references. 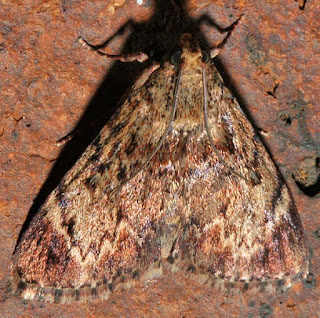 Without a positive identification it is not possible to find anything about its biology. 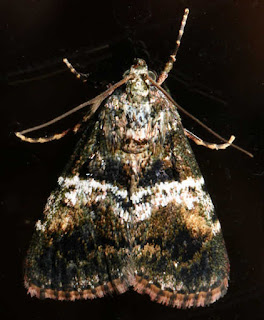 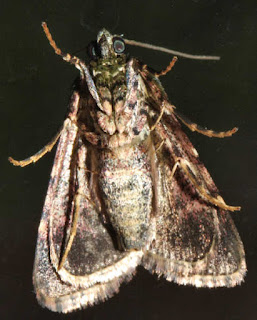 
I think this one is an Orthaga too. 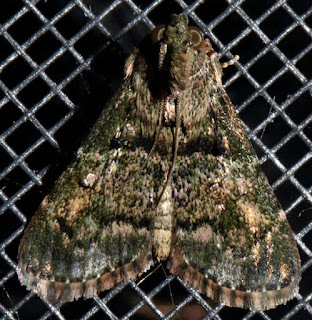 The larval food plants are a variety of grasses (POACEAE), and is considered a pest on Couch Grass ( Cynodon dactylon ).
Wingspan is about 20mm.
As with other moths in PYRALIDAE, the larvae are likely to live in tubular silk shelters near the ground surface, and come out at night.
In the early days of living on this property, the number of grass moths coming to the windows at night in summer would be in the thousands. At the moment we are lucky to get more than a few. The types of grasses in this area have changed from native grasses to imported grasses, mostly Kikuyu, which is African, and are kept closely mown. It looks nice, but does not support the same range of insects. 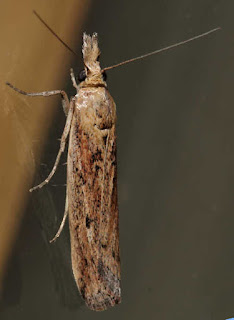 The larval food is galls on Acacia trees including Acacia decurrens (Mimosaceae), which are caused by the rust fungus Uromycladium tepperianum (PUCCINALES). They burrow into the gall. There are a number of moths from other families which also use the galls as food and living space, while others simply feed on the surface.
The colouring on these moths can vary widely from dull to quite bright redish brown.
A study of the life inside galls is fascinating. Not only do you get the insects living in the gall, but the insect or larvae are often parasitised by other insects.

Wingspan is about 20mm. 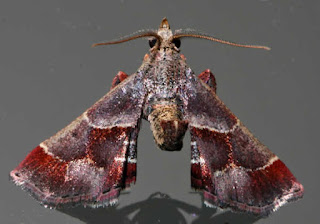 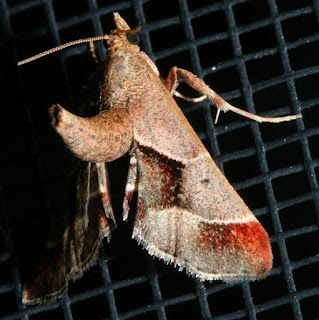 Although I was not able to find anything about the biology of this moth, it is likely to rely on grasses. 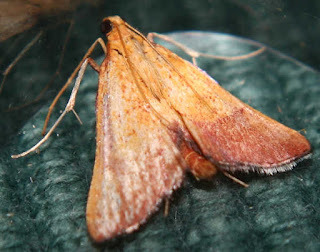 I was not able to find anything about the biology of this moth either, it is likely to rely on grasses. 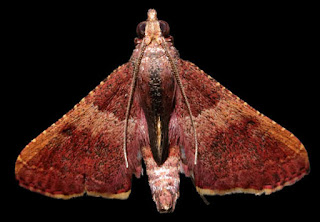 The larvae are a pest species on Peanut plants, ( Arachis hypogaea, FABACEAE ).
The larvae also probably able to live on other legumes since the peanut growing areas  are quite a long way from here.
One of the photos shows the moth with the rear of its body raised. I have been told that this can be a signal involved in mating. Exactly what it means I have not been able find. One opinion is that it means the moth has been mated and the second that it is ready for mating. 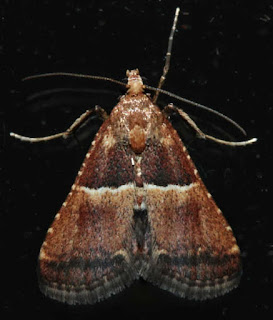 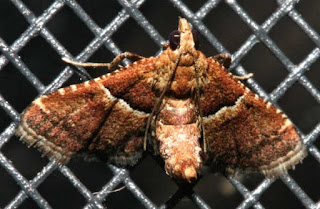 I have not been able to find anything about the biology of this moth. 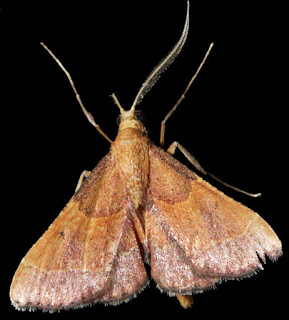 The caterpillar is said to feed on the Native Cherry ( Exocarpus cupressiformis, SANTALACEAE ), however it is a bit surprising to find this moth here if its only food plant is the Native Cherry, because the Native Cherry is a parasite on the roots of other plants and is extremely difficult to propagate and are few and far between in the wild.
I don't believe we have any in the immediate local area. We do have a Santalum species plant and maybe that was what attracted it.

Wingspan when fully spread about 30mm.
The hind wings are yellow. 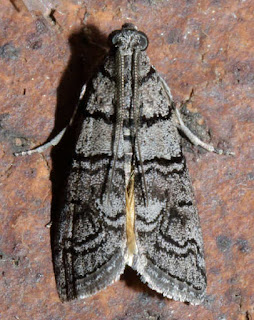 I wasn't able to find anything about the biology of this moth.
Wingspan about 20mm. 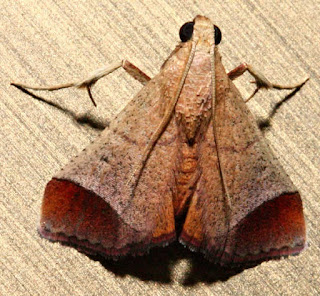 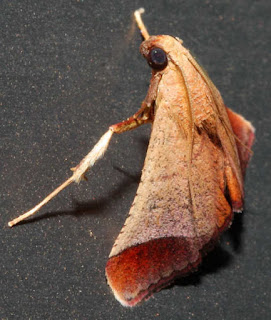 This high body stance is common with these moths.