Looking at the various photographs of specimens of this moth I find there is a large range of wing paterns.
The larval food plant is Eucalyptus trees and they pupate under ground.
Many of the adult moths have a black longitudinal band along the fore wing, although the ones we get here are mostly like those in the included photos. 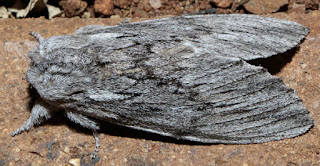 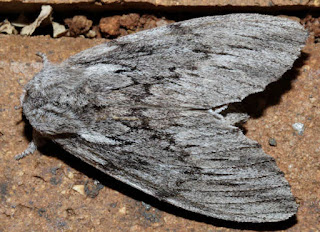 I was not able to find anything about the biology of this moth.
It has a wing span of about 40mm.
It has one synonym:- Chlenias sagittaria. 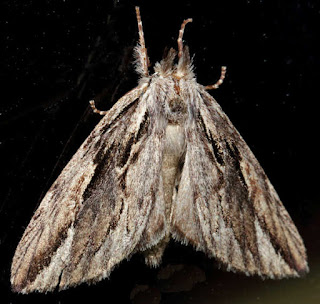 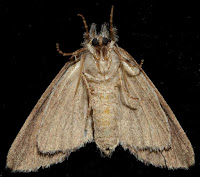 Both species of Xanthodes that we were getting here were partly due to the large Hibiscus trees we had close to the house. We have now removed some of these and it will probably follow that we will see fewer of these moths. We still have a number of trees but further away from the house.

Like the Xanthodes transversa below, this moth also feeds on Hibiscus and although the species listed as their  food plant is Hibiscus meraukensis, the most likely plant here is our native Hibiscus, Hibiscus heterophyllus, Family: MALVACEAE. 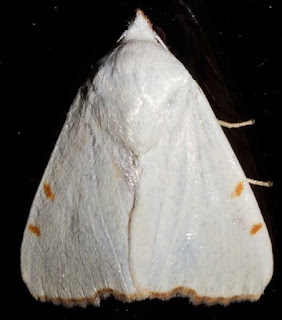 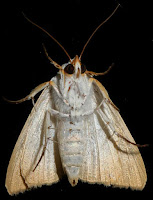 These moths are common through a large part of Asia as well as Australia.
Although I have found several listings of their preferred larval food plant, they are mostly in the Hibiscus family and in our case the plant would be our native Hibiscus, Hibiscus heterophyllus, Family: MALVACEAE. 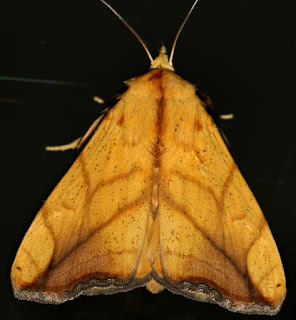 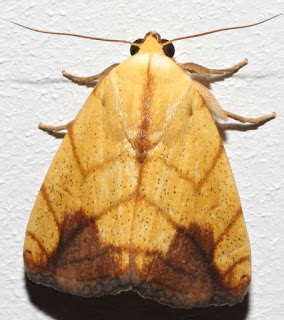 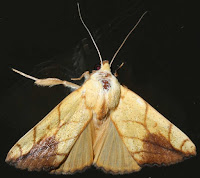 The caterpillars can vary  quite a bit as they go through their various Instars.  I think  these are all  X. transversa. The caterpillars of  X. amata are quite similar. 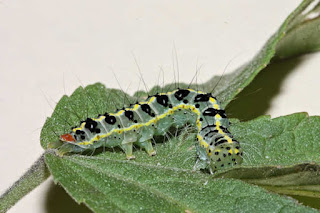 I think this is pretty much the final Instar

Some of the colour difference here is due to bright sunlight in the first and deep shade for the second. 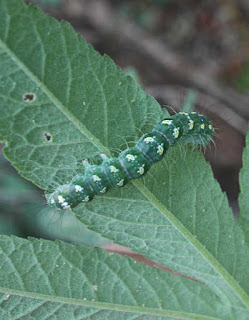 The leaf here is the underside of the Hibiscus heterophyllus, as mentioned above.

It is occasionally named Catoblemma mesotaenia but this is not the accepted name.

I found the photo of this moth while going through some of the hundreds of photos that I have never got around to identifying.
The moth is very similar to Mataeomera coccophaga ACONTIINAE NOCTUIDAE, which is usually found in the south and south western areas of Australia.

The moth larvae of Mataeomera mesotaenia, have an unusual food source. It is the scale insect Eriococcus coriaceus, Family ERIOCOCCIDAE. Synonym:- Acanthococcus coriaceus.
There appear to be a number of common names for this scale insect, blue gum scale, common gum scale, gum tree scale, rice bubble scale.
The scale insect is responsible for causing severe dieback and death of some eucalyptus trees particularly the young ones. It is a serious pest.

There are other preditors, including a species of Fly; ladybird beetles; parasitic wasps; other moths Stathmopoda melanochra HELIODINIDAE, which I have never seen here; and Creobota grossipunctella PYRALIDAE, not seen here either.

The moth larvae and the other preditors help to keep the number of scale insects under control. Without these constant attacks on the scale insects they would soon damage the trees. 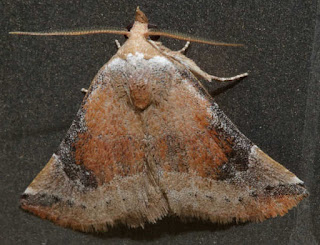 NOLIDAE ELIGMINAE
This moth is in such a poor state it is not really possible to get a good identification. However it is still worth putting on the blog and hope that it can be identified in the future.
The wing patterns closely resemble those from some moths in the sub family ELIGMINAE and the genus Ochrothripa, I have seen photos of the species Ochrothripa leptochroma that are a good possible but I don't have enough confidence that it was correctly identified. Food for thought anyway. 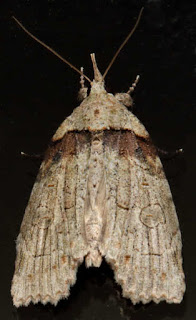 Larval food plants include Grevillea  species (Proteaceae) and Melaleuca (Myrtaceae).
wing span is about 20mm.  We have some of both these plants here. 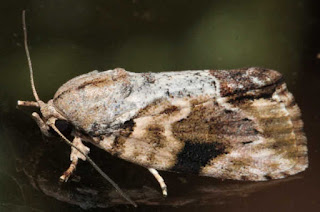 Although I was not able to find a definite larval food plant for this moth, there were a number of plants listed for other members of the genus, and of those, the most likely host here is Melaleuca (Myrtaceae). 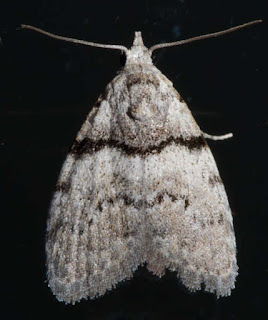 Nola species moths can be quite difficult to identify because many of them have not been identified yet, and many only appear on the internet and in books as a photo with a number.

Below is another moth that I think is a Nola Sp, but I have not been able to identify it yet. It is tiny and covered with tufts of scales. It may be another Nola epicentra. 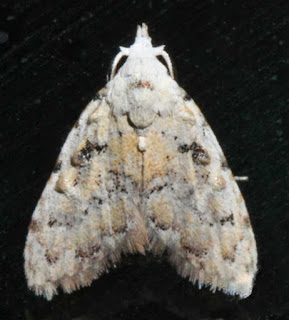