Please note that I have added an index of the family names listed alphabetically, and the dates they were published.

These moths are tiny but numerous, with over 10,000 species described world wide. 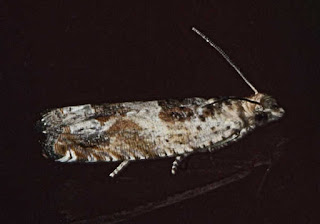 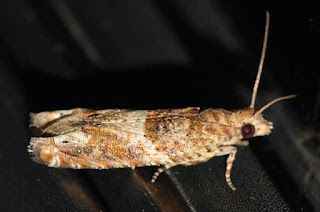 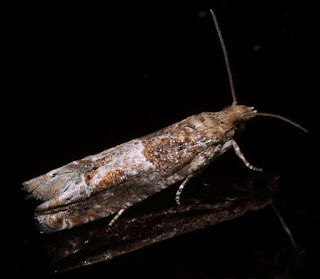 The three photos are slightly different in colouring and wing pattern but as far as I can find are of same species.
Crocidosema plebejana OLETHREUTINAE TORTRICIDAE
Occurs over much of Australia The Larvae feed on seed capsules of Malavacae including Hibiscus, Abutilon, Malva, Althaea and Lavatera and is a pest on cotton and some other crops. (Moths of Australia, I.F.B. Common).
There is a similar looking, Mexican species, that was imported in 1914 to control Lantana. 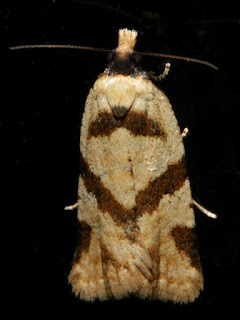 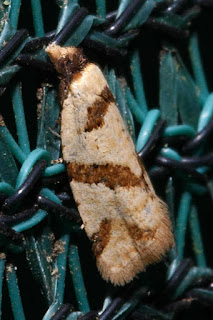 This is an interesting moth in that it seems to have rather a large number of synonyms. In many of the references, the name Conchylis is inserted in quotes ( 'Conchylis'). I have been unable to find a definite reason for this, although it is likely that the genus is in doubt. There is so little information about the moth that it may not have been fully studied yet.

The only information was that the larval food source is dead Eucalyptus leaves so not seen as a pest. This is another example of a moth with a valuable habit of reducing Eucalyptus leaf litter on the forest floor. Also see my post Wednesday, 20 May 2015.
I usually find the adults on or near two shade cloth areas with lichen growing on them, and some distance from Eucalyptus trees. This is purely circumstantial and may not mean any real connection with the lichen.

If  there is anyone with an explanation of all this it would  be welcome. 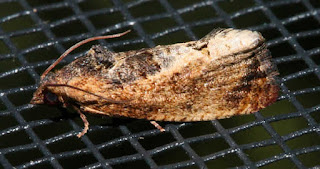 
Cryptophlebia ombrodelta OLETHREUTINAE TORTRICIDAE
The caterpillar of this moth is a pest on a number of cultivated trees:-
Macadamia (PROTEACEAE), Lychee (SAPINDACEAE), Bauhinia species, Cassia with large pods (CAESALPINIACEAE),
Wattles with large pods (MIMOSACEAE), and number of other plants.
The caterpillars bore into the fruit and feed within the pods. (from Moths of Australia, I.F.B. Common).
A number of moths in this family are difficult to identify without dissection.

Australia has an unusually high proportion of very small moths (microlepidoptera). They are not the big, spectacular moths that you see in the public displays. Although many are beautifully coloured you need a magnifying glass to see them. Many are also dull coloured with few markings. These are not the moths that attract interest. No doubt that helps them to survive.

Identifying moth species large and small, that we have living in this country is of prime importance, and in order to identify new species we have to have people who are sufficiently qualified to know the insects, identify new species, name and study them. They need to have the finances to do this too.
From "A Guide to Australian Moths" (Paul Zborowski and Ted Edwards 2007) page 31 "In Australia the number of such people is dangerously few".

Australia has been losing species at an alarming rate, particularly mammals. We are rated as a world leader in extinctions, depending on the criteria used. We don't know how many moths have become extinct since only a small portion of Australian moths have ever been identified and fully studied, fewer than half and probably only a third have even been named, and little is known of the biology of most, it would be impossible to know how many species are being driven to extinction or what role they play in the environment.
Therefore, when we read about mining companies or other developers being granted the right to destroy an area because it doesn't contain any threatened species, we have to ask how they can be sure. The fact is, they can't be sure. 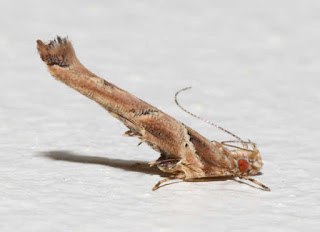 
This moth is about 7mm long. It usually sits like this at rest, head down and tail raised. It also has red eyes.
These moths sometimes invade the deserted nests of the Polistes paper wasp. They have also been reared on dead leaves and the remains of dead insects and the galled flower buds of the Acacia binervata (Mimosaceae), and the egg sacs of the Nephila edulis (Golden Orb Spider). From "Moths of Australia" I. F. B. Common.

A previous blog on June 3rd shows 3 other species belonging to the same family. 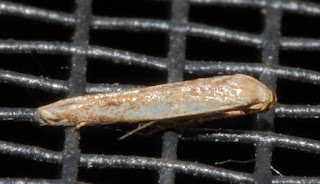 
It is common when dealing with moths to not be able to get a positive identification from a photograph. As mentioned in a previous post, dissection of the moth under a microscope is the usual way, and now DNA is also used.
I think this moth belongs to the Superfamily Gelechioidea. There are about 10 families under the superfamily. I believe this moth is likely to be one of the leaf miners. The tiny caterpillars bore tunnels in the leaves of the host plant between the upper and lower layers of the leaf.
This is a tiny moth, the flyscreen in the photo is about a 2mm grid. This is a moth that has lost a fair number of  scales and so wing markings that might have helped identify it have gone.
Posted by Don at 16:59 No comments:

Continuing on from last week we have another two new season moths.
the first is  Aeolochroma hypochromaria 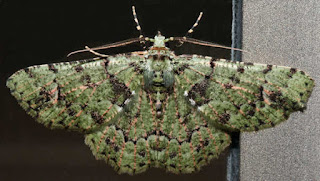 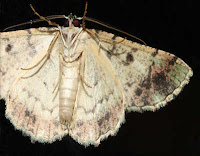 
Below, another Aeolochroma from 2011,  possibly Aeolochroma metarhodata
This was another moth that wanted to rest with its wings folded back like a butterfly 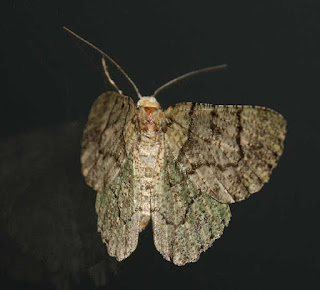 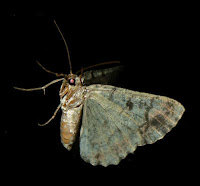 
and from 2013 another Aeolochroma but I am not sure of the species. 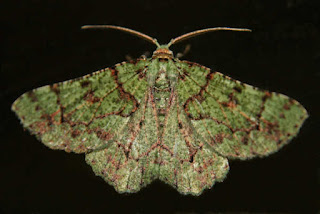 The moth below is a new one this week. I have not seen it previously and, so far, I have not managed to identify it. It is from a different family to the ones above. I have included it to just for interest. Hopefully I will be able to identify it. 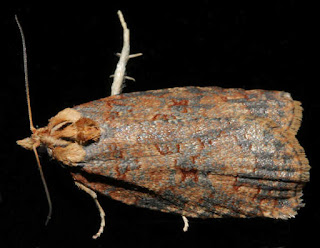 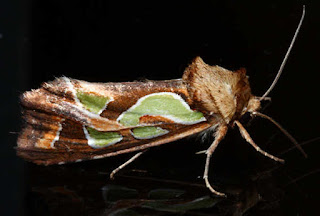 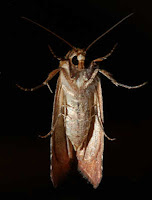 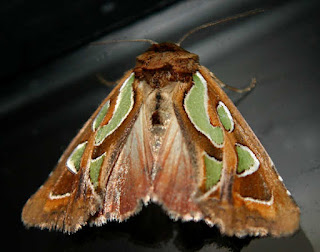 Cosmodes elegans AMPHIPYRINAE NOCTUIDAE
The cold weather has meant few moths on the windows at night. Then a slightly warmer period a few days ago and this was enough to bring some new season moths.
The Cosmodes elegans is a common moth here and throughout much of coastal Australia. When new, they have bright green markings on the forewings, leading to its common name of "Green Blotched moth". Over time the intensity of the green fades as the moth loses scales. An older moths will often have the markings on the forewings but without the green colouring. The larvae feed on Lobelia (Lobeliacia) and Verbena (Verbinacea).
Posted by Don at 17:09 1 comment: