CORRECTION
Please note a correction for Anisozyga insperata on June 29 2016
The accepted name for this moth is now Eucyclodes insperata GEOMETRINAE  GEOMETRIDAE
Anisozyga is considered a synonym, but they are the same moth.
Posted by Don at 18:01 No comments:

I was not able to find anything on the biology of this moth.
They are found all over Australia.

This identification is a bit on the doubtful side. Although the moth has been collected in Australia,
and the visual identification fits the samples on the internet very well, I am always suspicious of
finding a moth that is rarely found in Australia, even though it is common in other parts of the world.

It is a case moth and appears to be another species that prefer dead animal material. 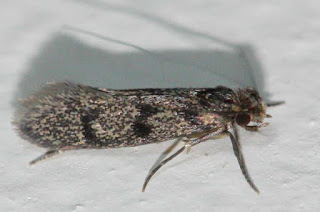 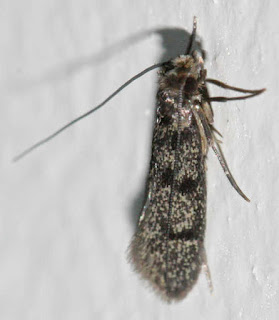 The genus Monopis is quite unusual. In some of the species, the females of Monopis have an enlarged genital chamber, and the eggs mature in the chamber until they are ready to hatch. The only reliable information I have found was not sure if the caterpillars were deposited after they hatched or if the eggs hatched as soon an they were deposited. (I.F.B. Common, Moths of Australia, 1990).
Some other observers believe they are deposited live. There are of course other members of the animal world that do this. Some types of shark, some fish, some snakes and rays.

The larval food of many of the Monopis moths include animal fibres, feathers, bird droppings, bat and bird guano and similar material. 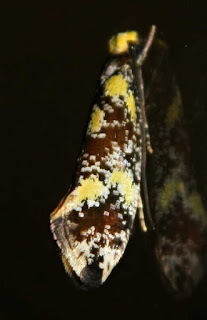 
Not the greatest photo, but I don't see them often.

This one is also thought to hatch the eggs within a genital cavity in the female and the caterpillars
are said to be deposited live.

Monopis icterogastra is also known as the Wool Moth.
The larvae of one Monopis species moth was found feeding on soiled sheep wool, others inhabit birds nests.
(See also Monopis chrysogramma above)

This is the only species of the THRIDIDAE family I have ever identified here. Although there may be others in the ever increasing pile of photos in the "to do " folders. 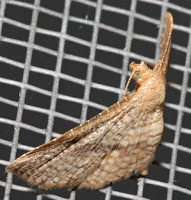 This is another moth that has an unusual stance at times.

The Edosa species are common throughout Australia and many of them look very much the same so positive identification is not always possible.
One note I have found says that the larvae have not yet been found, so no information is available on
the biology of these moths. They are also very similar to some species in Oecophoridae, but Tineidae
lack the sharp upturned labial palps.
These moths are tiny and very easy to miss. I don't have anything on the biology of this moth, however the larvae of another Ocrasa, O. albidalis, are know to skeletonize the dead leaves of Eucalyptus trees. It is possible the larvae of this moth will have similar habits. 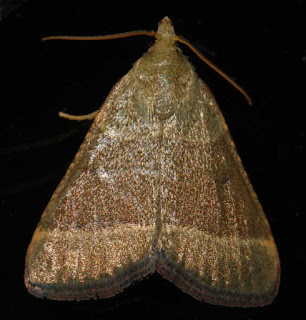 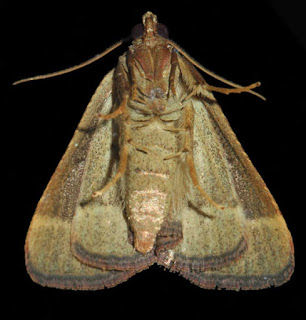 I don't have anything on its biology. It is fairly wide spread throughout the eastern parts of Australia.
Wing span was about 20mm. 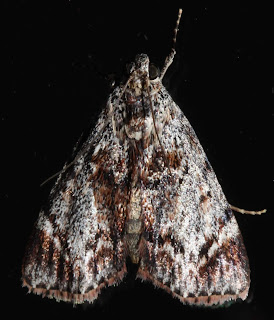 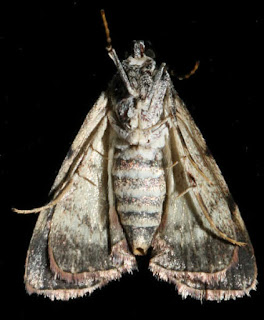