Was:- Donuca spectabilis  CATOCALINAE NOCTUIDAE
I originally found a good match with this moth that was named Donuca memorabilis. In 1865 the species Donuca memorabilis was identified by Walker as a separate species from D. spectabilis. Most sites now consider D. memorabilis to be the same species as D. spectabilis.
Looking through all the photos that I can find of D. spectabilis, although reasonably close in pattern to this moth, still have some significant differences. It may suggest that this moth is just a regional variation or that there are indeed two similar species.
There may also simply be a difference between the sexes, since some samples appear to have pectinate antennae while others have simple antennae.
For the moment I will go with the general consensus and call it D. spectabilis.
The larval food plant is likely to be an Acacia species. 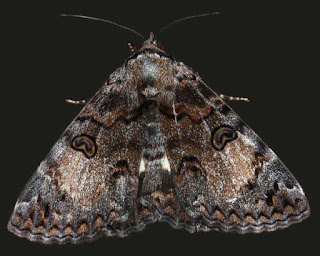 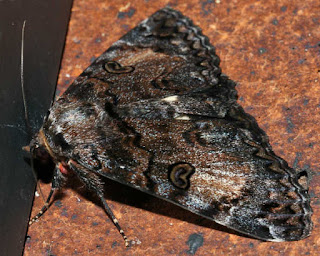 Was:- Donuca orbigera CATOCALINAE   NOCTUIDAE
This is a spectacular moth with a wingspan a bit over 50mm. The white stripes on a fresh new moth stand out as brilliant white.
Moths of Australia lists the larval food plant as Acacia. 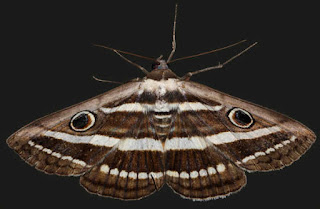 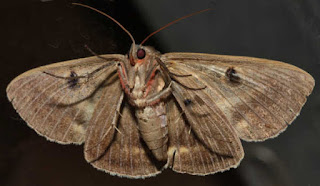