It is now a year since starting this blog. Thanks to all who are enjoying the blog enough to keep coming back. I hope that you are all learning as much about moths as I have been over the last year.

The family Crambidae was originally included in the family Pyralidae but was separated out because of structural differences. There are still sites and books that lump them all together. There are also a variety of ways that the sub families and tribes within Crambidae are divided, which can make it difficult to find and cross reference an identification. 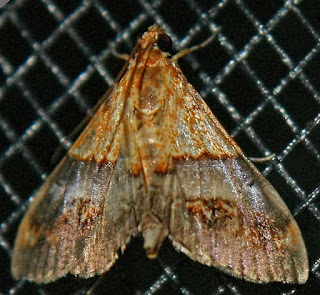 The larvae are said to feed on Eucalyptus tereticornis.
They are a leaf tying caterpillar and can cause defoliation in Eucayptus plantations in Queensland. 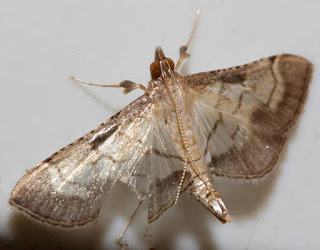 This one is in poor condition. We rarely see them. Presumably the larvae also feed on other plants.
The larvae feed on and are a pest on Oryza sativa (Asian rice). 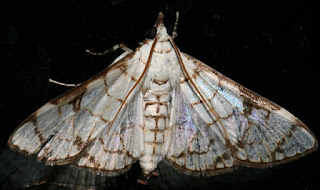