There are also a number of sub species in other parts of the world.
The larval food source here are the two Crotalaria, (Fabaceae), species we have.

The first two instars feed on the leaves and the later instars bore into the pods and eat the seeds. 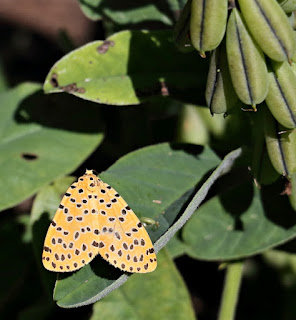 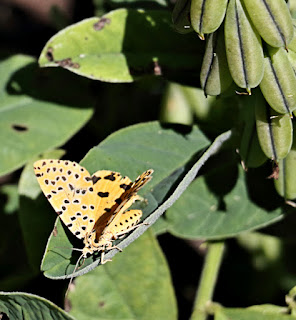 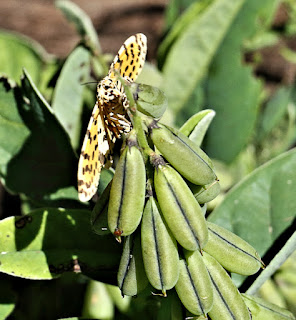 It has been some time since I have found any new moths. This one turned up a few days ago but was hard to find when I also had the camera at hand.

Not the best photos since it would not settle.

The only reference to I can find on the biology is under the previous genus Eublemma.
Some members of the Pseudozarba (Eublemma) genus are predators of scale insects, while others feed on plants, (Moths of Australia, Common 1990).
The wing span was probably about 20mm. 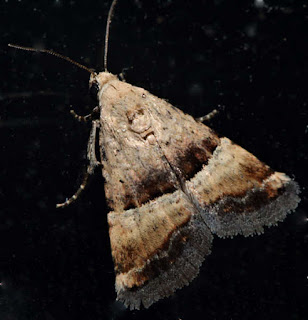 It has been quite a while since I have found a new moth to put on this Blog.
Although we are getting a few moths coming to the house lights at night, the numbers are a long way down on the years before this recent dry period. We are still in drought conditions although some areas around us have had storms, we have only had limited rain fall.

I originally put this moth on the Blog on Wednesday, 23 March 2016, but I thought it worth putting it on again since I now have better photos.
I am still not able to find anything on the biology of these moths. 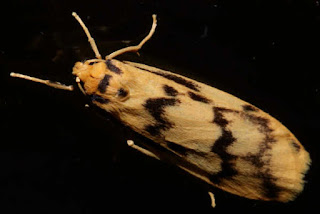 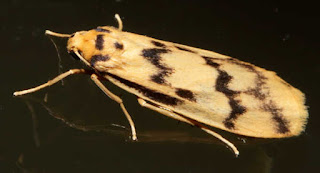 A common name for this moth is the "Patched Footman". There are other similar moths in the Anestia genus that are also called "Footman". There is a difference, between those two in that the females of the Anestia genus are flightless while Thallarcha females have functioning wings.
There are also a number of other moths from other genera also called "Footman".

The males of T. staurocola usually have bipectinate antenae, so this moth is probably a female.
I don't have any information on the larval food.
Wing span about 20mm. 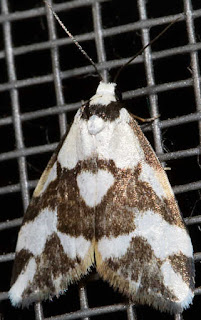 There is quite a lot of variability in the wing patterns of these moths, also between Males and Females.
Wing span is a little over 20mm
Larval food plants are the Hop Bushes, Dodonaea species, (SAPINDACEAE). We have Dodonaea viscosa here, so that is probably what it is breeding on. 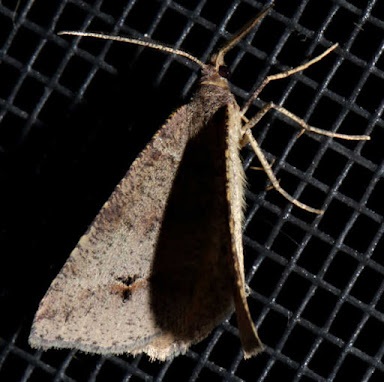 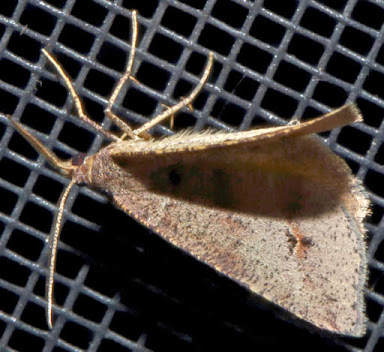 In Moths of Australia (Common 1990), the moth is called Stomopteryx simplexella. The preferred name now appears to be Aproaerema simplexella.
The larval food plants include Cullen patens and Cullen tenax (FAMILY: FABACEAE), previously named Psoralea tenax and P. patens. They will also eat Clover and Soybean and other legumes.
Cullen patens and Cullen tenax are not uncommon roadside plants in this area as is Clover.

Cullen patens, Cullen tenax  are both perennial plants, with flowers in two shades of pink.
They are good for native pastures because of their palatability to stock and they are hosts for several butterfly species as well. This includes several kinds of small blue butterflies, and the large and showy Chequered Swallowtails.

Wing span is about 10mm. 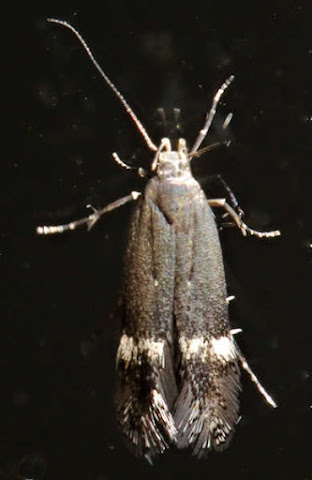 I am never sure with the Barea group identifications. Although this one seems to be a good match, the
areas where samples have been taken are a long way south of here.
This can also be because nobody has bothered to look in this area.
After all how many people really run round looking for tiny moths with about a 10mm wingspan!
I have no information on food plants, but a lot of OECOPHORIDAE feed on Eucalypts either on the tree or on the ground under the tree. 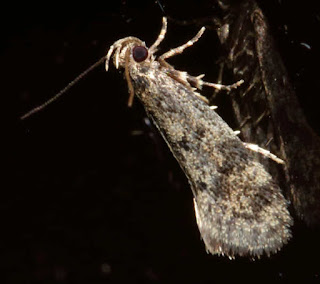